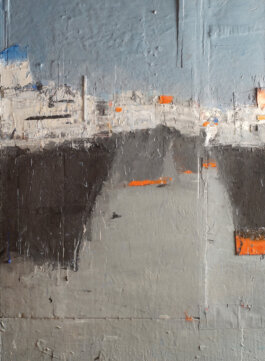 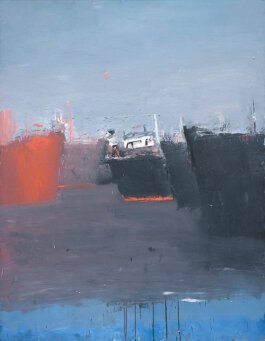 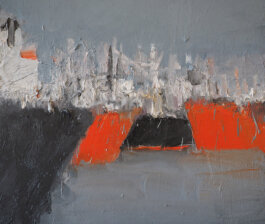 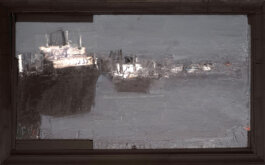 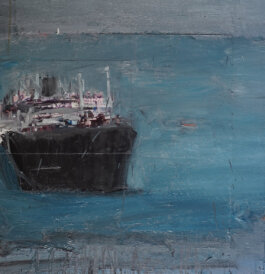 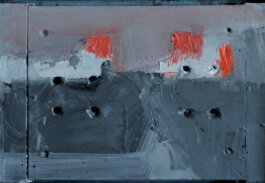 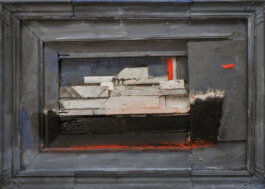 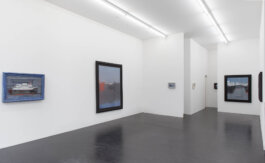 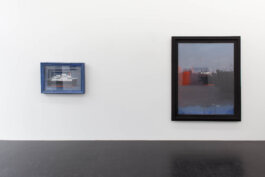 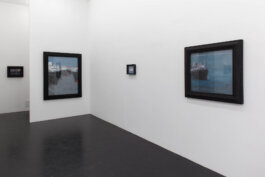 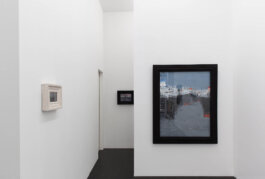 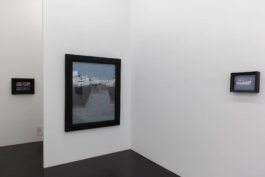 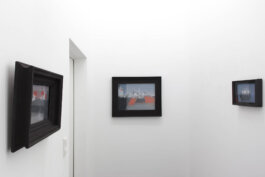 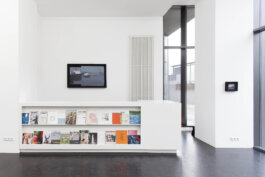 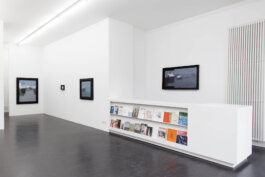 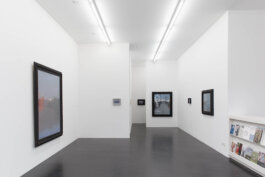 The first exhibition of 2017 in the Galerie Born Berlin is showing the work of the painter Yannis Markatonakis, who resides in Paris but was born in Chania/Crete in 1955. He studied Chemistry in London, then went to sea for a few years, before going to Paris in 1985 to study painting. The work selected by the Galerie all appear at first glance to be Maritime images.

However, they are more than that. In a wider sense, they are Still Lifes. Painted on wood, each a found object, that was washed up in the big city of Paris. All the work is framed and by the art of the framing they are made into objects, and while almost all the frames are of glass, Markantonakis has managed to give each work a greater depth and mystery. The pictures radiate an endless peace, but within this peace paradoxically lies something threatening. Then if one once again considers the ships as just ships, it is unclear whether their journey will ever end, whether they will ever reach a harbour, or in the case of other paintings, whether the ships will ever leave the harbour in which they are berthed, And it is these circumstances that put us back into our present time, that often enough is determined through such balancing.

Whoever has had the opportunity to visit Yannis Markatonakis in his domicil , where he lives in a large apartment on the corner of the 13th Arrondissment, will find a view of three separate Paris street canyons seen through Bulleye windows from the 12 square meters that serves as his studio, revealing the other subject matter of his paintings – the view from his ship’s cabin upon the city.