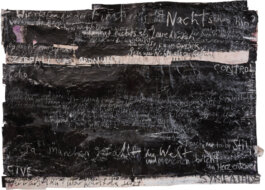 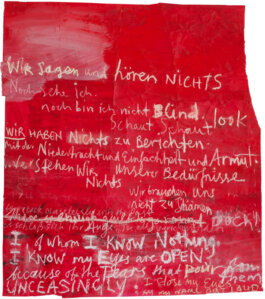 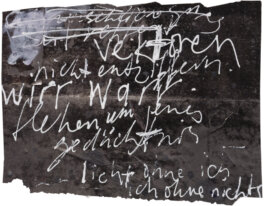 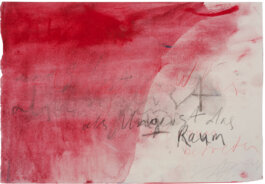 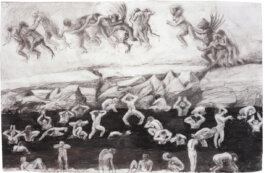 The name Berlin probably derives from the slavic word for Swamp, an morass, muddy damp area or a dried part of a wetland : br'llo or berlo. The term "Rise" refers to something that rises up or is built upon. "Rises" are artificially built layered hills. They can also of course be political uprisings, demonstrations and revolutions. In Berlin, there are 78 artificial rises formed from 1172 till the last in 1997, ranging from 20 to 87meters in height. After the second World War Berlin had to dispose of over 15% of Germany's rubble. Usable building materials were recycled in the rebuilding of Berlin, but the rest was distributed to the "mountains of rubble" that rose up over Berlin's flat landscape.

Berlin's history is concealed in these piles of gravel and concrete. "Survey/Rise" is a look beneath the surface of these rises of rubble, beneath the trees and grass, soil and parklands planted as subterfuge. Quarries are often used as allegorical associations of Heaven and Hell, showing the various levels and depths of human existence; its impermanence in the face of nature's inevitability. The logistics of mining determine a quarry's centralist and layered structure, which has inspired the Underworld found in Dante's Divine Comedy and also Hell in depictions of the biblical Book of Revelations.

To construct a hill of rubble, an inverse version of a quarry is required: the center is solidified and the outer surface is given over again to Nature, shifting sands, and wind, and in Berlin the rising ground water. It is an image very much of this earth and the man-made. The temporariness of settlement and the constant battle between nature and man is a theme that reoccurs in the work of Angela Dwyer.

"Rise" reflects the physical process of taking the sand and rubble produced in order to create an underground transport system, to regulate the Spree or to build canalization and of course brings back the image of tumbling broken buildings. It reminds us of a bunker that couldn't be destroyed after a devastating war, cracked open like a gaping political and geographic wound, filled with rubble cleared by the surviving Berliners, again burying their history in mounds and hills, rising up, clearing and rebuilding their City.

Angela Dwyer plays with the ideas and methods of distortion. By using words in her art she opens a realm of levels upon which everyone can project or take their own meanings from. The placement and layering of the words is just as essential as their literal meanings,. and by the artist taking phrases out of their original context and using them as pictorial elements, the words have become rooted in the world of drawing. In opening these drawings for interpretation and association, Angela Dwyer has created surfaces to project reflection and memory.