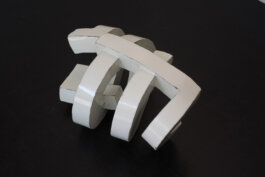 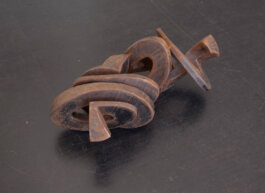 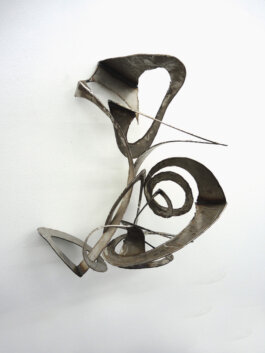 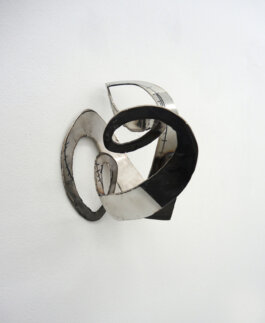 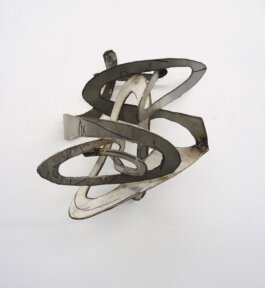 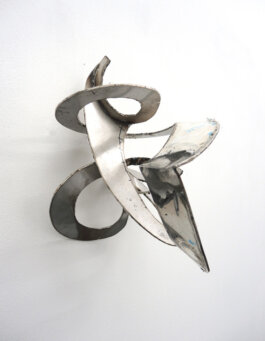 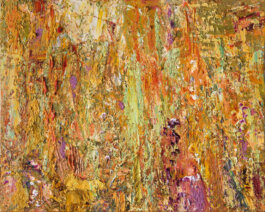 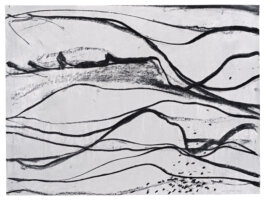 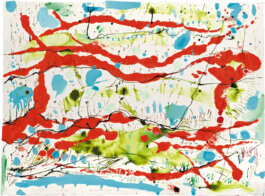 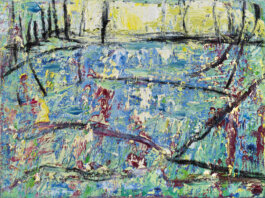 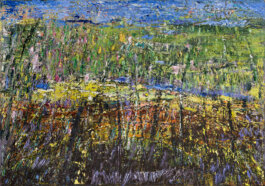 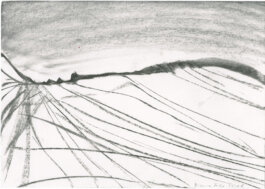 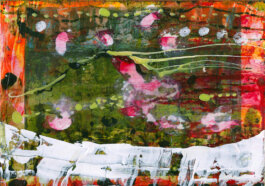 The basic module on which all the works are based and which – for all its diversity – reveals its structural affinity is the triangular or square welded steel tube. A linear form, in other words, with which the sculptor deals in a similar way to the draftsman with his stroke, except that his curved, intertwined, interlocked lines move in three-dimensional, real space. Since these line elements are also spatial in themselves due to their three- or four-sidedness, the artist can create complex perspectives in the process of forming by turning and winding, which subsequently put the viewer in tension and motion. Depending on their location, the surface elements emerge or recede in new, previously unseen ways, and in the flow of changing positions and incidences of light, new accents of light and shadow effects are created. If we then consciously perceive the play with the surroundings, their involvement in views and outlooks, and especially effective in the reflection of the highly polished reflective objects, it becomes clear to what extent Jörg Bach’s sculptures are communicative, create a dialogue with the viewer, induce him to try out different perspectives, in short: captivating.

In BieneFeld’s earlier works, figurative elements also play an important role. In the now exhibited series, this is at best a secondary consideration: the viewer thinks he can at most guess at small staffage figures, which, however, can also be components of the landscape, posts, small trees or indeterminable vertical marks in the structure of the composition. In this way, however, the artist also denies us a scale with which we could ascertain the proportions of everything depicted on the picture surface: Micromegal structures are created: the whole of the picture as well as its details can appear as monumentally large as well as close-up small; the composition can be perceived as a broad overview from a great distance as well as a narrowly defined microcosm viewed from a close distance. By the way, BieneFeld loves to take just such eye-dazzling pictures with his camera, for example photos of dried out puddles that look like extensive desert areas, observed from great heights. The painter makes the viewer the offer – and immediately sets him the task – to see the pictures without bias. There is not a single and final observation, there is no definitive truth; perception may jump back and forth in front of the picture – whoever looks at the works must be prepared not to accept irritation, but to engage creatively with them themselves. The pictures offer atmosphere and much more; the details, however, are anything but reliable indications of reality, at best giving rise to associations with experienced or self-imagined landscapes.