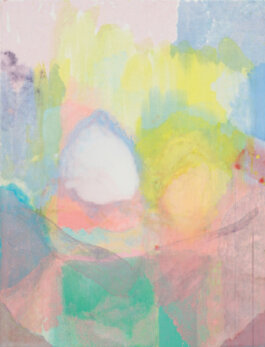 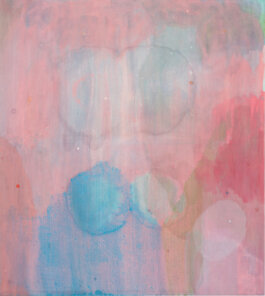 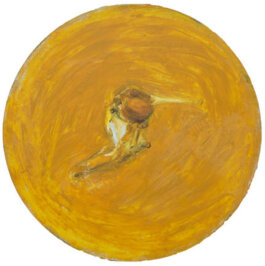 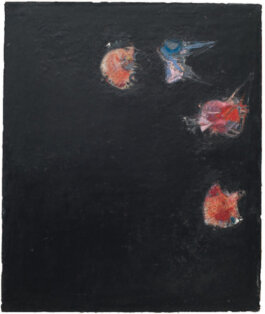 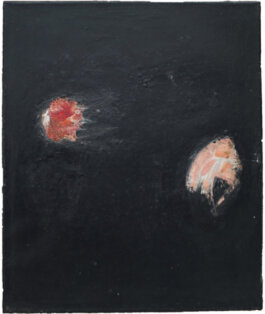 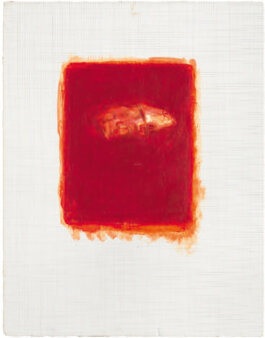 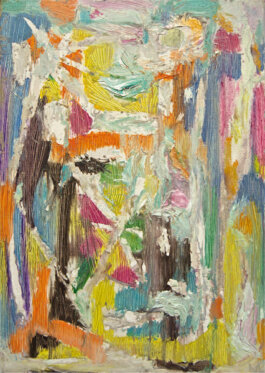 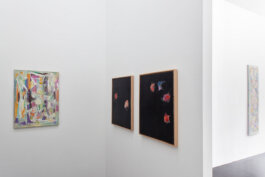 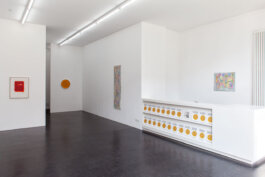 The work of the three artists presented in this exhibition underlines that abstraction and figuration — once considered opposites — can be part of the same painting process. The title of the exhibition refers to a dynamic moment in the work of these painters: the appearance of a specific motif or figure, out of what seems to be an abstract constellation of forms.

MARC MULDERS works in a vocabulary of both thin and thick brushstrokes, together creating a patchwork of colors that capture the ‘architecture of nature’. He used to paint motifs such as flowers and animals, working from models in the studio. In recent years, there has been an increased amount of abstraction in his work. In the connections that can be felt between the forms and colors, nature is present, but not in a literal way. Rather, painting appears as a universe that develops parallel to nature. Another important part of Mulders’ practice is creating stained glass windows, including monumental commissions for the Nieuwe Kerk in Amsterdam and for the Erasmus Window for the Sint Janskerk in Gouda. The creation of these windows has influenced his work as a painter, since it requires a different treatment of light. Marc Mulders (1958) lives and works in Oostelbeers, The Netherlands.

VICTORIA MORTON’S recent paintings show an interplay of transparent layers of color that can take the shape of a landscape or a human figure, but in other moments appear more like a carefully orchestrated palette of sensations. She has an interest in pre-Renaissance art, in which central perspective was not yet a ruling principle. In her work, she simultaneously records aspects of daily experience and reflections on painting as a historical medium. In a conversation (with Sarah Lowndes, Glasgow, 2015) she noted: “… what I’ve been doing for years is painting bits of figures or parts of bodies and then painting them out again. So ‘figures’ have always been there, but I’ve made decisions about how recognizable I want them to be. For me, it has always been about the figure and body space and perception. I feel as though I’ve had to develop my own way of doing it – I’ve invented a way of being able to represent all the subjects I want to paint, even if they contradict each other.” Victoria Morton (1971) lives and works in Glasgow.

MARK LAMMERT builds up his canvases and panels with layers of monochrome color in (or on) which a hint of dramatic figuration appears. The human figure, be it explicit or in hidden form, has always been the focus of his work. The source of Lammert’s practice is drawing. In his view, every good painter is skilled at drawing as well. The notions of space and movement are essential in his paintings; the figures seem to be caught in the moment of appearing or coming into existence. The identity of the figures is open; they might have human characteristics, or in other cases animalistic or organic features. The works are expressive and contained at the same time. One could assume that the layers of paint are in fact layers of time and refer to different moods and thoughts that have been assembled during the work on one painting. Lammert has also worked as a stage designer in and outside Germany, for instance for a performance of Aeschylus’s The Persians in Epidaurus in 2008. Mark Lammert (1960) lives and works in Berlin where he is a professor at the Universität der Künste.