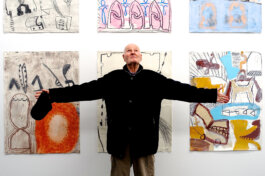 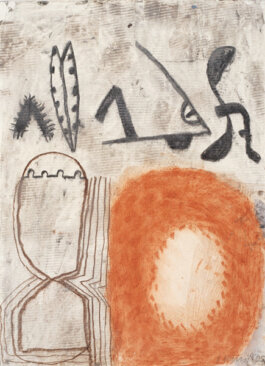 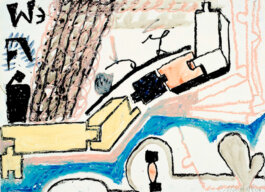 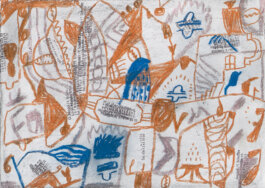 Why I didn't want to be a painter…

The terrible war was out and lost. All the paintings that my father had painted until then were burned, including the studio. And they must have burned well! The rubble and ashes of all that had value and meaning, quickly cover the few left that still were in good condition.
The individual cannot do anything, art can't stand anything, and the good is defenceless. This was ensured with military thoroughness. And I watched that with children's eyes. A painting is transported to the afterlife faster than a rabbit. There is nothing!
It was a time of incredible losses and the lost images were the least there was to complain about. They are not what you need when there are no potatoes in the cellar and the room is cold. That's part of your lesson, I thought. In youth, you want to be one of many. So it depends very much on what one does and does and what house he is from.
You can't find an ally if you think you have to choose to paint pictures, that is, for something that no one needs except you. You also had to be able to afford an "artist's life". Or rather, you had to be up to it, a profession that is not like everyone else.
But in the end, as I had no choice but to do the obvious, I noticed that you also get a piece of freedom that is greater than that of most others.
So I began to set myself up in the world that has little benevolence. It is better to be prepared for many things. Keeping ones’ weak spots secret. And if I show my pictures, i.e. expose everyone and everyone, they should not mean too much to me. They exist temporarily, as do the four walls on which they hang. And in favorable moments, they will open someone’s eyes to a special, private illusion that I have created.