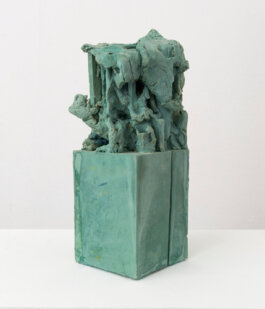 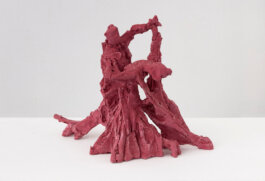 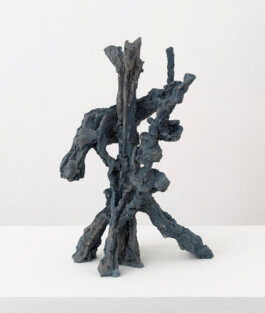 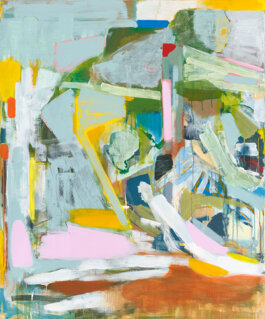 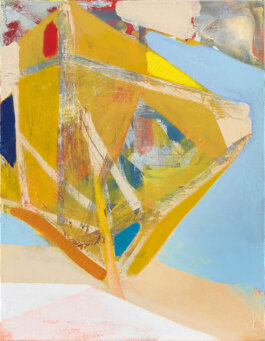 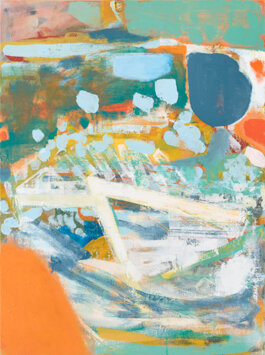 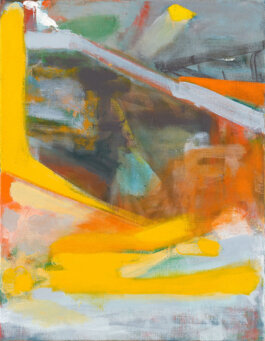 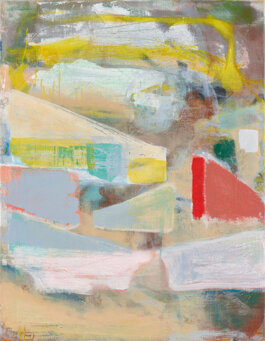 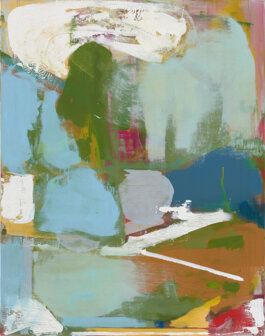 On visiting Lucy Teasdale in her studio in Berlin a few days ago I was immediately reminded of a visit I made to Uwe Kowski years ago. Back then, when Kowski was working on large canvases, there were small watercolors lying about his work space, sketches, ideas for possible large format realization.
At Lucy Teasdale's the studio walls are hung with photos from newspapers and hand drawn sketches, a collection of ideas for possible new sculptures. One can follow the development of her ideas in the small clay forms, testing the potential for sculptural realization before the work on the larger format begins. However, the sketches and preliminary forms merely serve as a starting point, with the sculpture growing from out of itself. One senses the artist's passion for the energy and movement of bodies, which she tests to the limit in her work, time and again.
I have never inquired whether Michael Markwick makes sketches before starting work on a canvas. The drawings that I am familiar with are generally figurative, representational. In contrast, his paintings are abstracter. I imagine he has a sketch, an idea of the painting he intends to make in his mind's eye. If one takes a look at Markwick's canvases they would seem to confirm this idea. One has a sense that the work has grown steadily through the application of many layers of paint, with the painting subjected to a continual process of change until Markwick finally reaches the endpoint of the respective work.
His painting has much to do with landscapes, with space, with his pictures frequently featuring objects as well as architectonic elements. Thus Markwick arrives at a means of expression situated between abstraction and representational painting.
I am already looking forward to the dialogue between Lucy Teasdale and Michael Markwick's work in the exhibition "Serious Play".