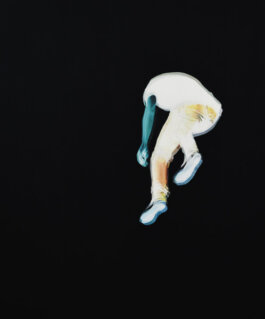 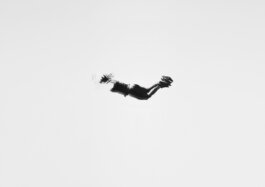 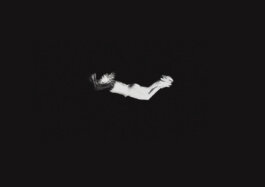 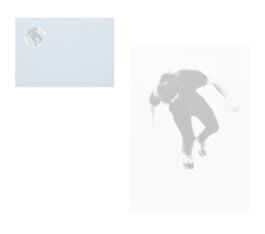 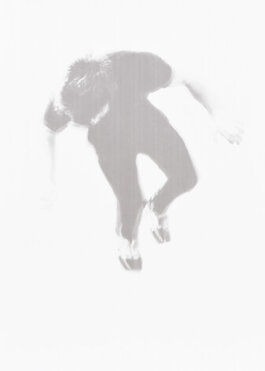 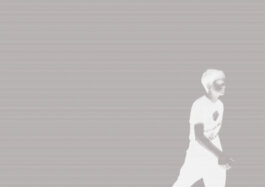 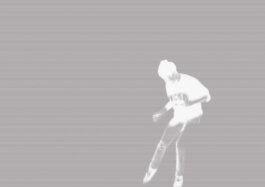 The advent of photography in the early 19th century shook drawing to its foundations – even more than painting had been able to do. The lines of drawing and its ability to capture even the most intimate moments had found a competitor – both technically and in terms of the appeal of the works created. Photography soon demanded the same medium as drawing: paper. Yet photography could never completely emancipate itself from the legacy of its evolutionary predecessor. And today it is clear that it is indeed the language of drawing that has led to the current visual form of digitalization.
Gregory Cumins’ work falls into this historical and real relationship – as do many other artists of his generation. With his first portraits, Black Portraits (also known as Entre Autres), created in 2005 and 2006, Cumins gave new meaning to the serial process: he created a sequence of photorealistic portraits, each shot from the same distance and using the same square format (150 x 150 cm). In this sequence, anonymity and prominence merge into documentary works that are not dissimilar to the photo essays of Helmar Lerski. In his work “Köpfe des Alltags” (“Heads of Everyday Life”), Lerski created a gallery of faces in 1931 that acquire significance through photography alone.
This alternation between appearance and disappearance is one of the processes from which all of Gregory Cumins’ works tirelessly draw. Is this an allegory of the artist’s seclusion, working in the shelter of his Berlin studio, far from the whims of outer space, whose echo echoes reverberate in the confidence of a dream-like work? The drawings from the series Sequence, Parkour, Jump, etc., are based on the effect of retreat, nourished by false movements, by impossible beginnings, by existential immobility – whereby the drawings with double silhouettes of city dwellers, isolated on the sheet of paper and almost imperceptibly out of phase, merge into a delicate visual tremor.
The title, Sequence, suggests that it is a series – a series of seemingly fleeting shots that immediately evoke memories of an everyday motif and at the same time recall it. However, the precision of the line and the drawing ultimately produces a misty effect of formal indecision, like a sketch or draft – or of an almost completed text, to which the artist merely has to give direction. And this is the source of the optical illusion: one could call it the prologue of a narrative that foretells a great destiny for the inconspicuous figures, usually recognizable in retrospect. Where is this man going? What is this young man doing on the ground there? Where is this woman running to? Message or anecdote?
As we raise these questions, we realize that their impulse is pointless, that the narrative is rendered meaningless by the stuttering of its conceptual form, which (despite contemporary garments such as sporty T-shirts) deconstructs itself and has nothing in common with cinematographic action or even narrative dissolution. The gaze remains on the threshold of these urban ghosts, which dance on the paper, evaporate and already leave the fleeting imprint of their demise; an infinity that prepares for death in the shortest possible time. Gregory Cumins masterfully succeeds in drawing this “already”: an existential word, an existential line that fixes the present and – already – the past.